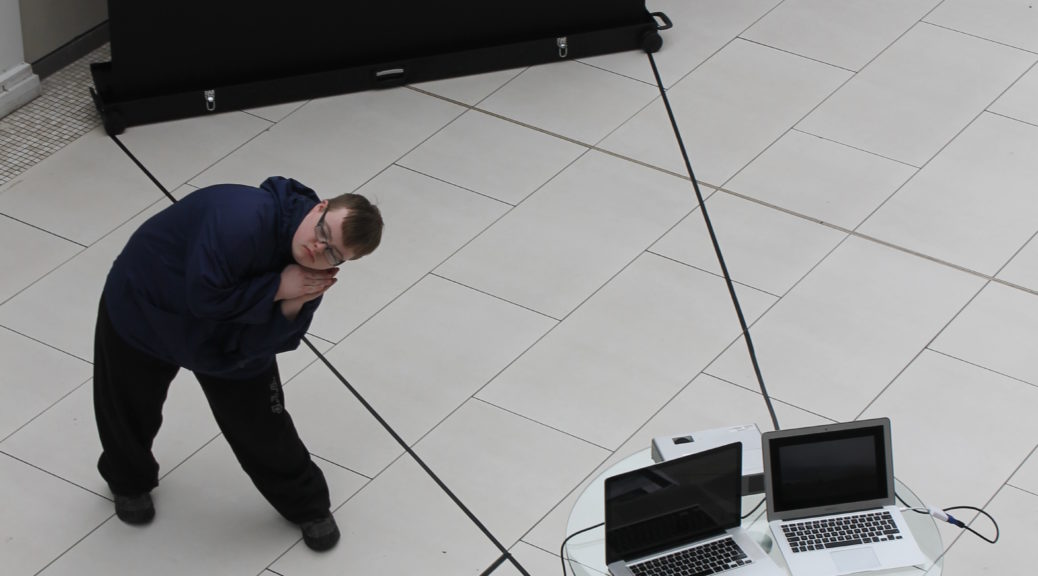 James O’Connell choreographed Loop Head: Dreams of My Life between 2015 and 2016 in response to a year-long mentoring project, funded by Arts and Disability Ireland (ADI), in which he invited Rachel Parry to challenge his choreographic practice. He later decided to develop this new knowledge into a five-minute solo, which he has performed for hundreds of people in ten performances to date. It is a set (not improvised) work, which James choreographed himself. James based the seven sections that make up Loop Head: Dreams of My Life on his experience of visiting Loop Head, County Clare, with his family one day during the summer of 2015. 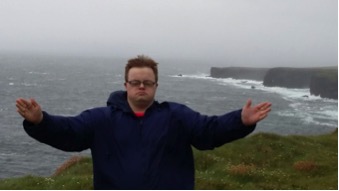 James used Chance techniques to structure his choreography, but the movement material for the piece originates almost exclusively in James’ emotional body. You can watch an early rehearsal of Loop Head: Dreams of My Life here:

And here, James is rehearsing his piece at Blackrock, Salthill, Co. Galway:

James has discussed how he made Loop Head: Dreams of My Life in  several interviews with Rachel, and these conversations have been written down and are an important part of the research. They are based on James’ experience as a dance artist, and Rachel has developed his descriptions of his choreographic process into a phenomenological investigation of James’ approach to dance making.

This phase of work has become the second iteration of Rachel Parry’s PhD research project.  It is central to the bigger research project because it gives an insight into how James and Rachel navigated their relationship as dance artists during the choreographic process; how they communicated ideas and negotiated power dynamics. It also reveals James’ shift in understanding from linear narrative to non-narrative and conceptual ways of making dances. The extended timeframe (approx. 14 months) allowed for deep and lengthy discussions, experimentation, and a very valuable knowledge exchange.