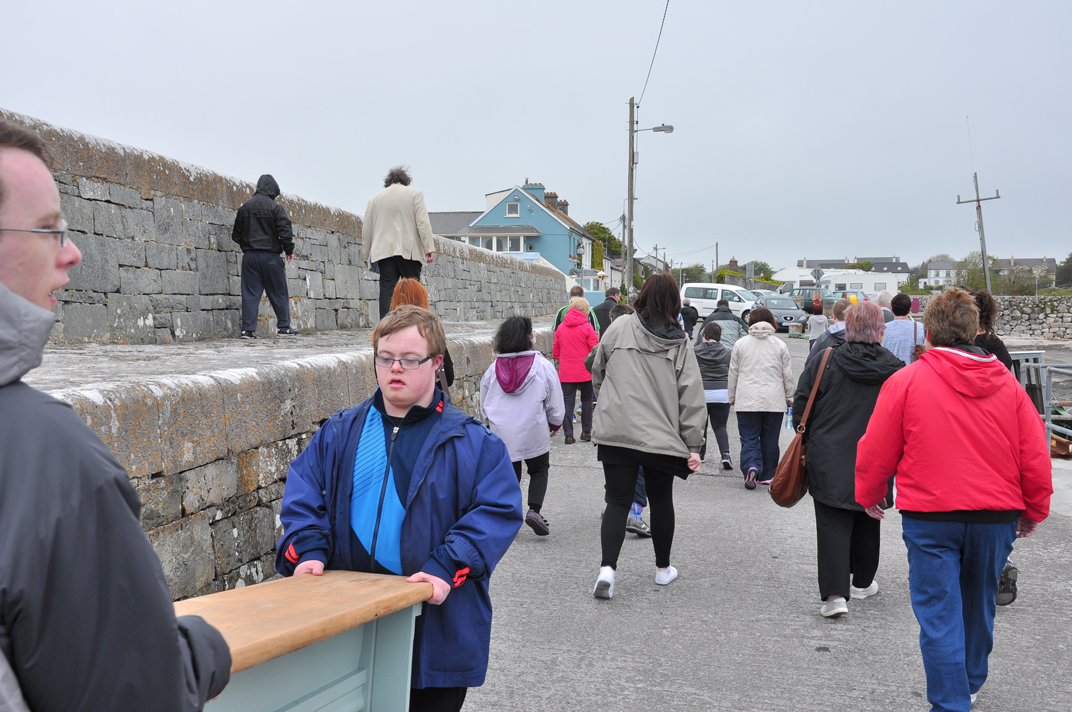 The Barna Pier Solos are a series of eight solo dance pieces, choreographed by members of Speckled Egg Dance Company. They were first performed at the stone harbour at Barna, Co. Galway in June 2015. They have since been adapted and performed several times, including at conferences, open days, and academic lectures. Each of the dancers generated movement material based on words given as feedback about their dancing by the other members of the group. This original material was developed over several months, and the dancers made ongoing decisions about how to shape their dances. The solos are the first iteration of Rachel Parry’s PhD research project. Through them Rachel is trying to articulate how, when the Speckled Egg dancers performed their self-portraits at Barna Pier, they might be understood to be adding to accumulative histories of the site, and, crucially, contributing their embodied experiences to its future identity.