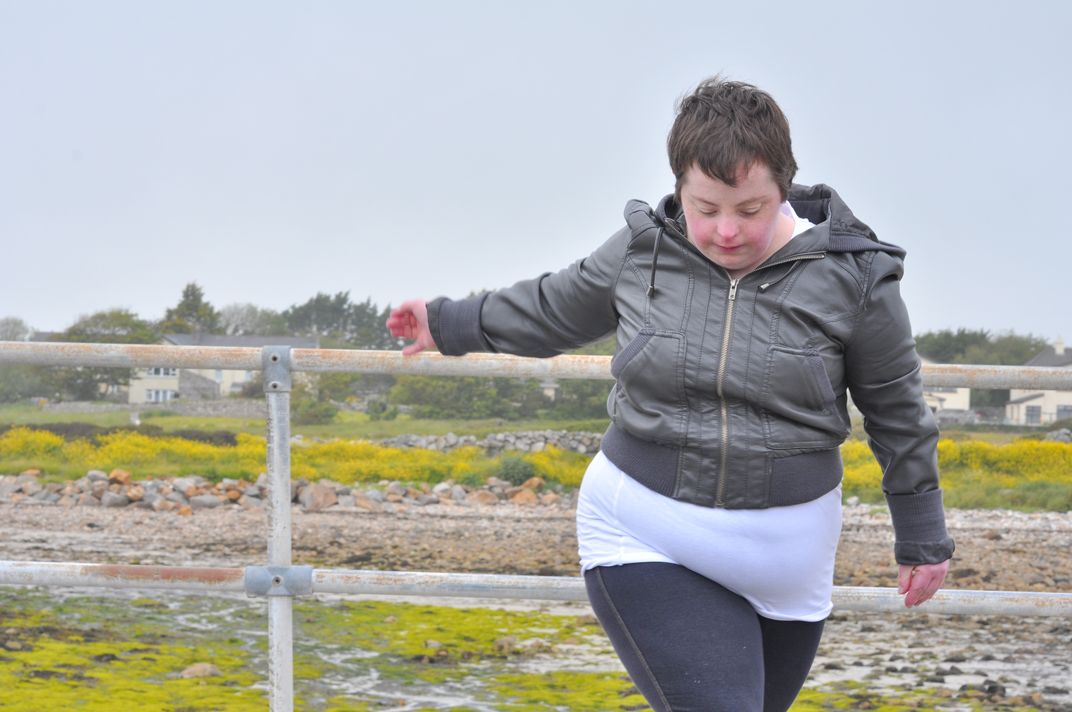 Josephine (Jos) is a strong, consistent dancer who enjoys working independently to choreograph her own work. Her dancing is always honest, and she always thinks about what she is going to do before she moves. She brings her sharp wit and dry sense of humour to Speckled Egg.

Jos choreographed and performed a new short solo, called The Red Rooster, at the end of 2020. You can watch it here:

Josephine performed her Barna Pier Solo alongside the other members of Speckled Egg in June 2015, and again at the UpRising Advocacy Conference, in Ennis, Co. Clare, in October 2016. This is Josephine performing her solo at Barna Pier:

She performed and discussed her solo piece, Furniture, at An Taibhdhearc Theatre, Galway, as part of Galway Dance Project’s Culture Night 2016 presentation. She also performed in Easy Tiger at Druid Theatre, Galway, in April 2016. Josephine collaborated on, and performed in, Tasky 1-4 at NUI Galway in June 2018.

Josephine joined the Speckled Egg board of management in 2019 and is currently the designated Company Liaison Officer. She is the point of contact between the other company members and the board.

This is an early video of Josephine working on her solo, Furniture, which she made in 2016. She made the solo in response to the design and function of the chair.