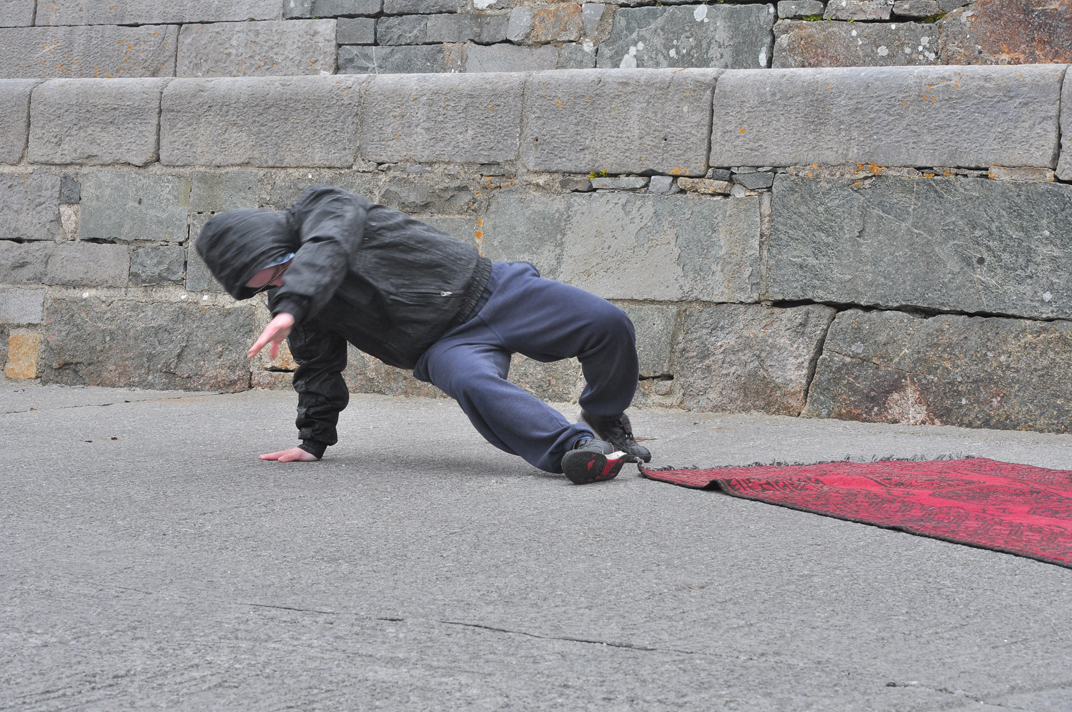 Robbie Gill performed his solo choreography at Barna Pier as part of Speckled Egg’s performance in June 2015. He performed and discussed his solo at An Taibhdhearc Theatre, Galway, as part of Galway Dance Project’s Culture Night 2016 presentation, and at the Brothers of Charity UpRising Advocacy Conference in Ennis, Co. Clare in October 2016. You can watch Robbie perform his solo here:

Robbie draws on his training as a gymnast in much of his dance work; he has an almighty jump, and brings bounce to all of his moves. He is a skilled improviser and particularly enjoys Contact Improvisation.

Robbie is developing his skills as a dance teacher and workshop facilitator. He has taught in several workshops to date, and regularly leads the Speckled Egg company class.