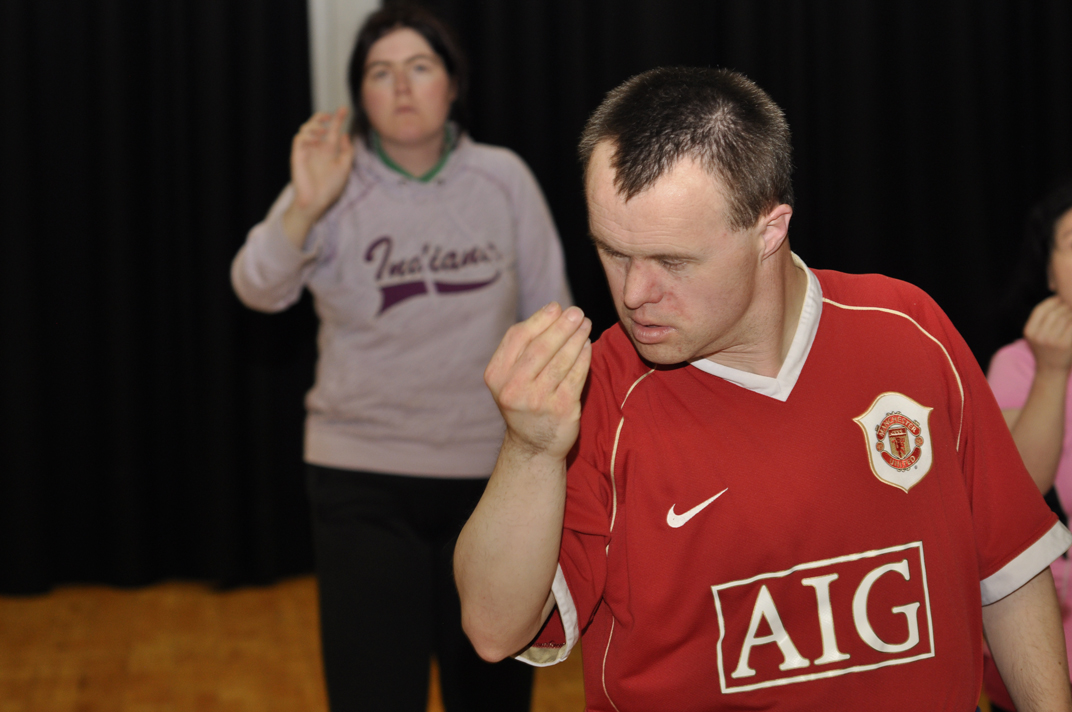 Damien (Damo) is a powerful, vibrant dancer.  He performed his Barna Pier Solo in June 2015, and more recently performed with Speckled Egg in Easy Tiger at Druid Theatre, Galway, in April 2016. Damo collaborated on and performed Tasky 1-4 between 2017-2018. This is Damo performing his solo at Barna Pier:

Damo is developing his skills as a dance workshop facilitator. In 2016 he led a workshop at the UpRising Advocacy Conference in Ennis, Co. Clare.

Damo served as a Speckled Egg Dance board member between 2016 and 2019.  He was the designated Company Liaison Officer during that period, providing an essential link between the company and board members.